February 11, 2021
Monday evening and early Tuesday morning brought plenty of snow showers to Orkney, such that buses were cancelled, schools were closed and driving anywhere was not for the faint-hearted. I didn't fancy risking life and limb indoors with office admin or outdoors with ladders, so called a 'snow day' and went for a walk instead.
Ward Hill and Cuilags over on the island of Hoy were very photogenic, and the only time I stopped photographing them was when they were out of sight due to the terrain or the weather. 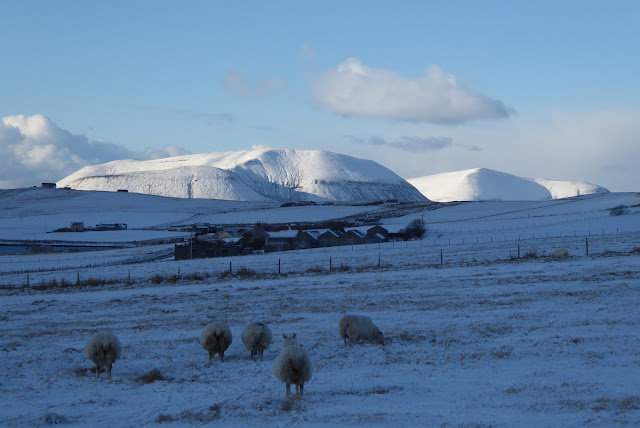 The avenue of trees at the entrance to this property was only enhanced by the addition of a dusting of snow. 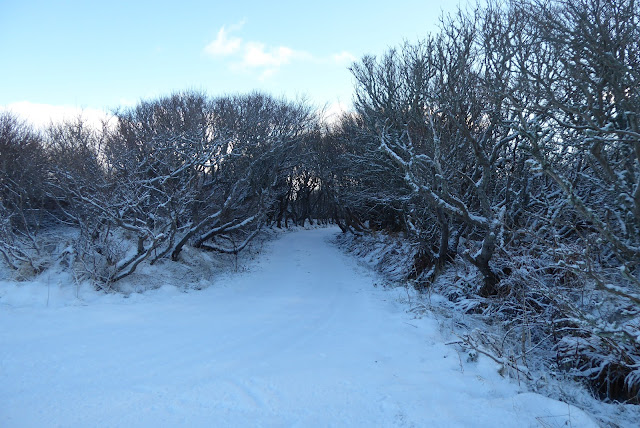 In the fields, geese were gathered in large flocks, mostly Greylags, but with a few Pink-footed Geese in amongst them. 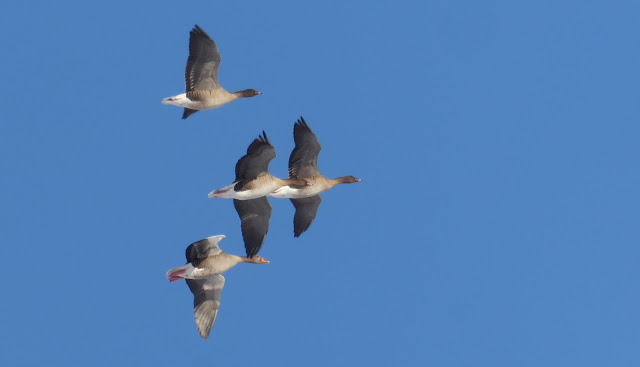 At the foot of the hill up to Scorradale, some small brown birds were flitting about on the ground in the shelter of some bushes. Habitat and movement suggested Dunnock, but when I looked closer, I realised that they were actually Lesser Redpolls. 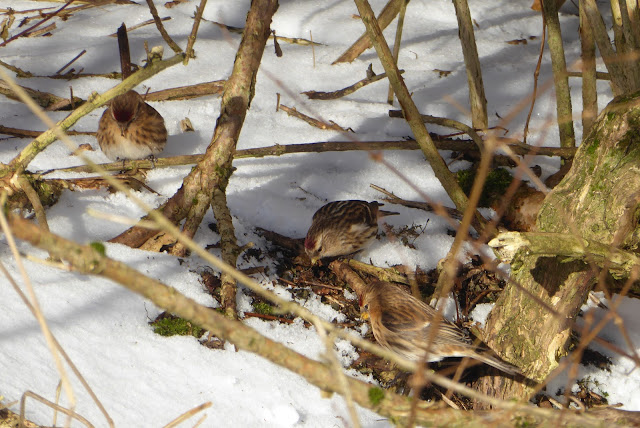 Whilst traversing over the hill to Scorradale, I was temporarily engulfed in a snow shower, but then had the joyful pleasure of watching the Hoy hills emerge from the retreating gloom. 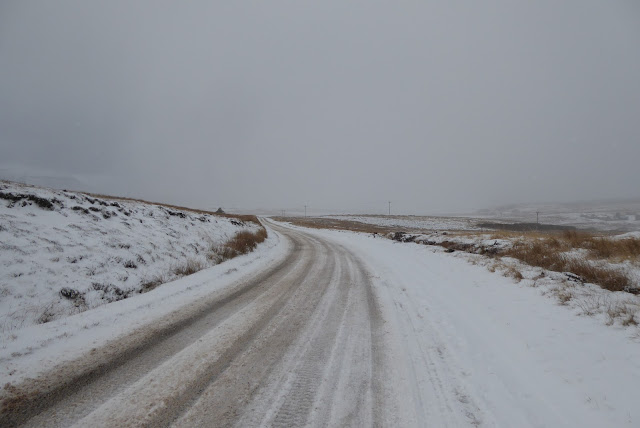 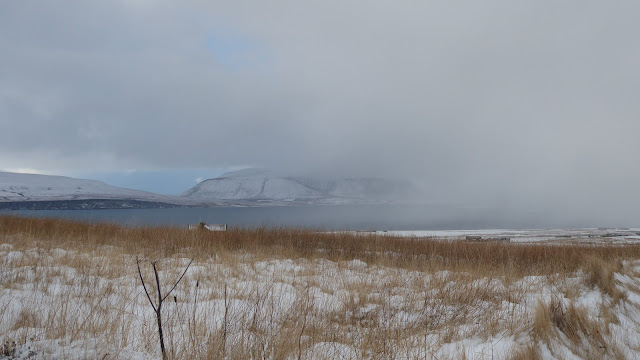 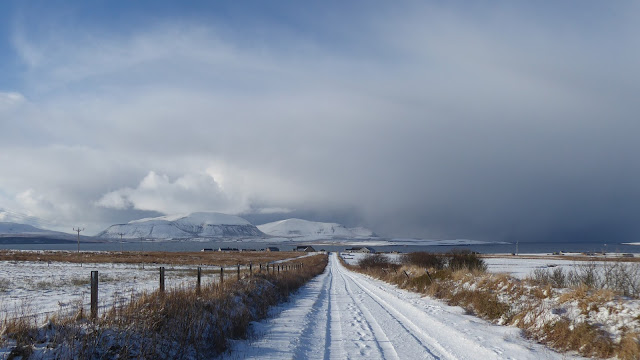 Walking past a small group of houses, I noticed that the light was catching a previously-unnoticed weather vane. It wasn't really open-topped sports car weather! 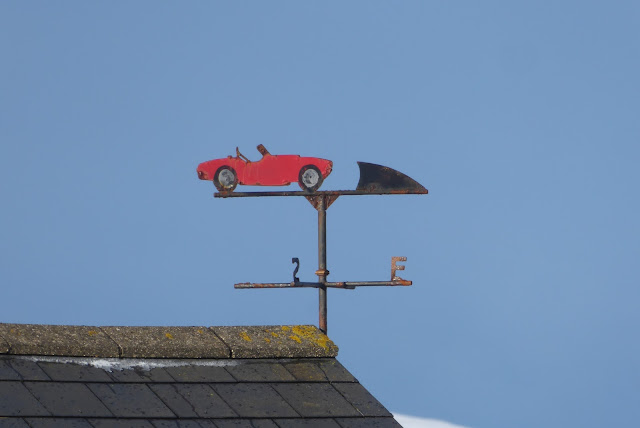 In another snowy field, a flock of Redwing were busy foraging, constantly on the move and searching the ground for morsels of food. It took me ages to capture an image of one looking up, as they were too quick for me. 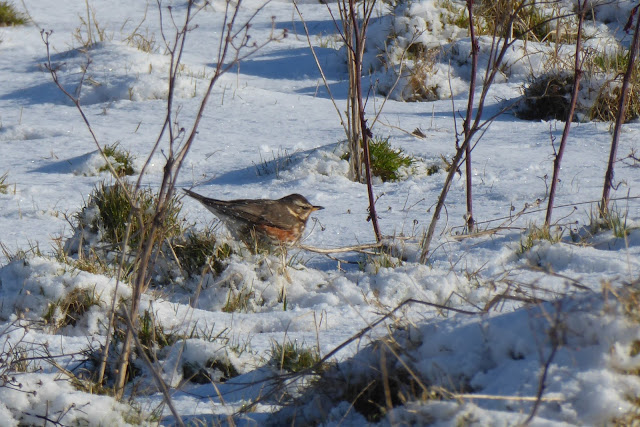 A last look at Ward Hill and Cuilags for the day, followed by a close up of Hoy High and Hoy Low lighthouse on Graemsay, then back over the brae to Houton Bay, and more geese. 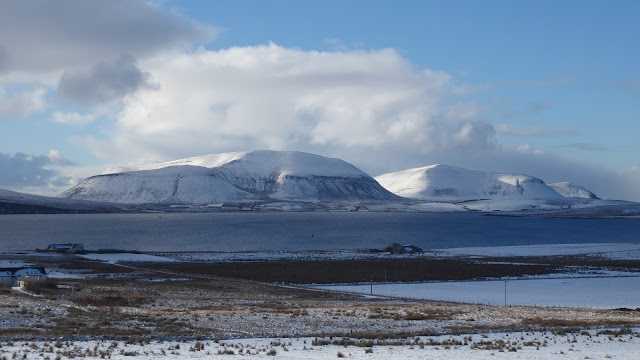 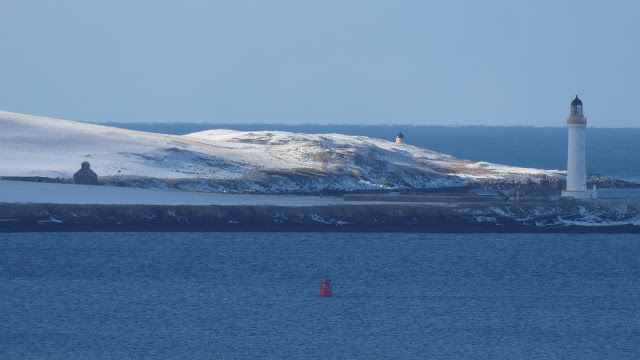 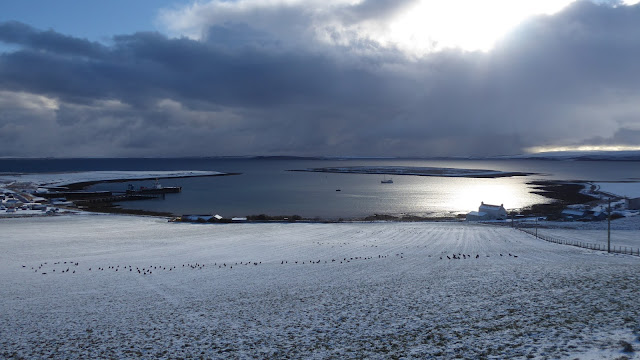