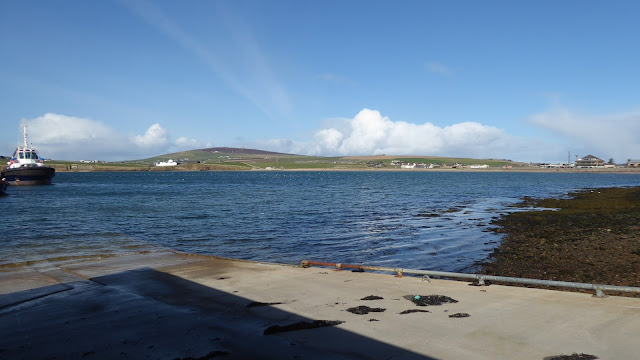 Bright and breezy, the westerly gusts possessed a cool razor's edge. Scapa Bay wasn't as sheltered as it would be from a southerly wind, but this didn't stop a huge flock of gulls from gathering far out in the middle. A few grebes and auks could be picked out from this throng, though they were difficult to identify to species at distance. Closer to or on the shore, were assorted Redshanks, Guillemots and Black-headed Gulls, the latter not actually sporting black feathers on its head, more a dull brown. 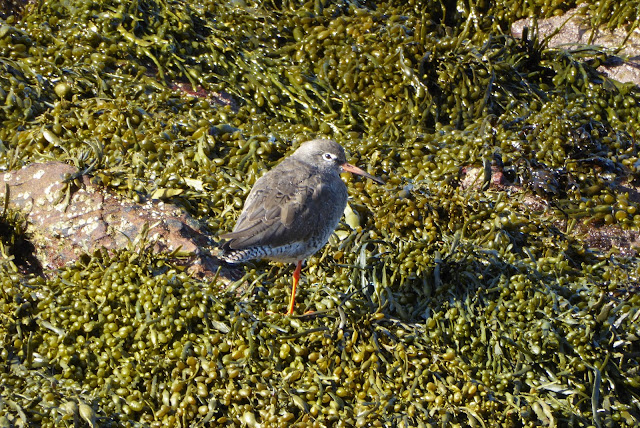 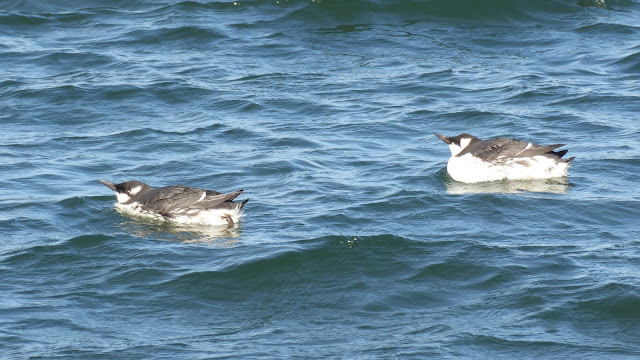 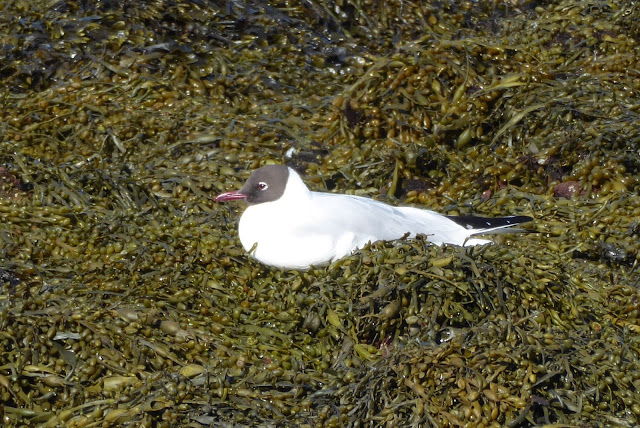 The scientific name for Black-headed Gull, Chroicocephalus ridibundus, translates as 'coloured head laughing', so rather unhelpfully not a direct reference to which colour, and the laughing referring to its call. Oddly, and this is often the case with gull nomenclature, there is a species known as Laughing Gull, whose scientific name is Leucophaeus (or Larus) atricilla, translating as 'white/brown blacktail', without any reference to laughing at all. It's no joke.
Across the bay could be seen the Scapa Distillery, looking resplendent in the sunshine, whilst our route via Crantit, also gave views of the Highland Park Distillery on a nearby brae. 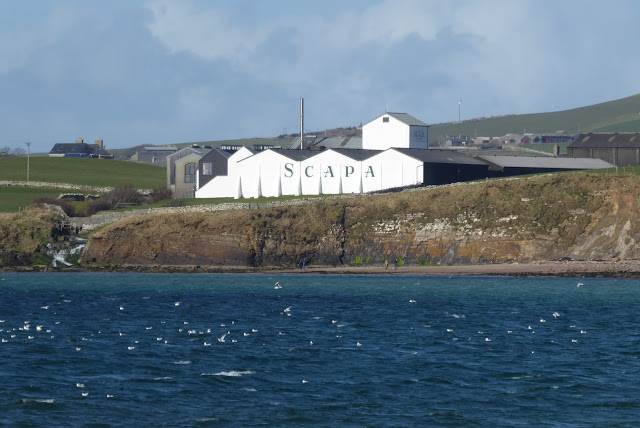 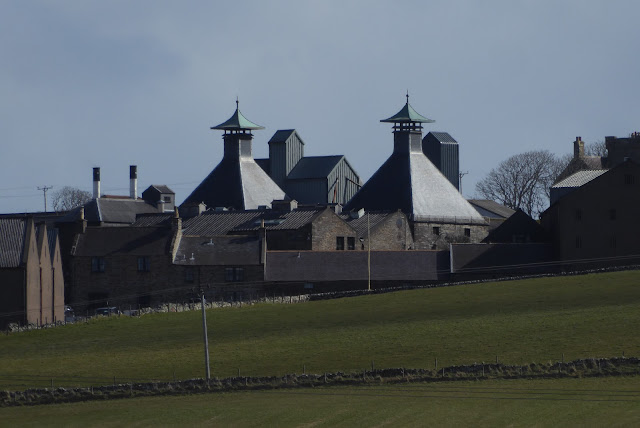 Along the Crantit Trail, on one of the nearby settling pools, was a small family of Whooper Swans. They were not bothered by our presence, continuing to preen quite happily, until spooked by a much smaller Moorhen which suddenly appeared on the bank above them. 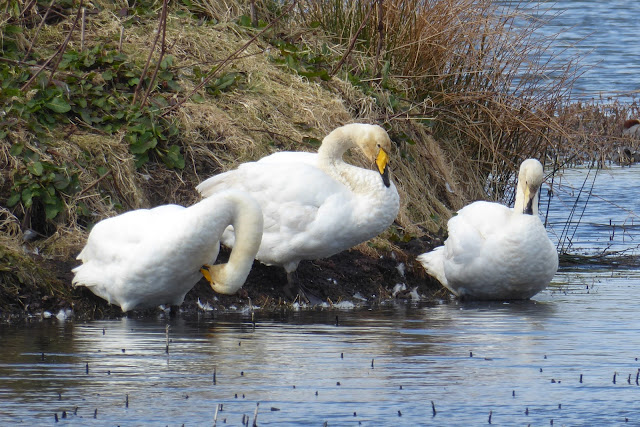 The outfall from this pool runs into the Crantit Burn and at the confluence of these waters was a vigorous clump of Marsh Marigold, the first I have seen this year. To my eye, it is more blousy than the numerous spreads of Lesser Celandine which often accompanies it. 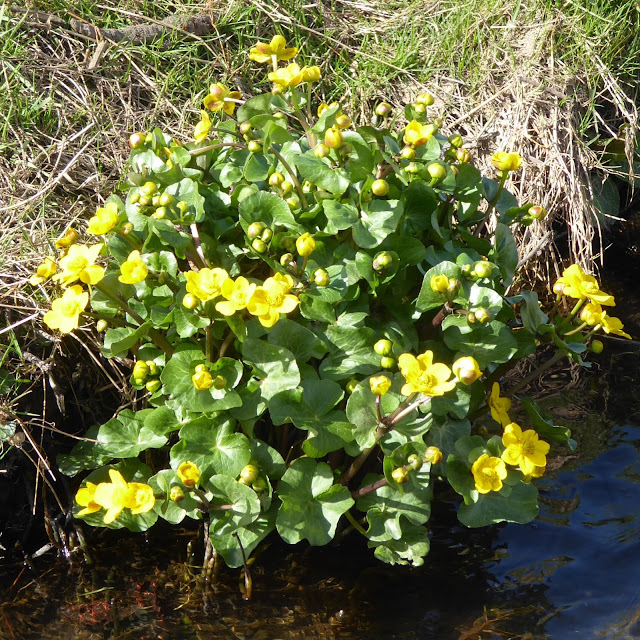 Further along the trail, by a reed bed, a movement low down in a ditch resolved itself into a smart male Reed Bunting, whose plumage is quite understated, but which is positively exciting compared to its song, a dull set of three notes followed by a descending trill. 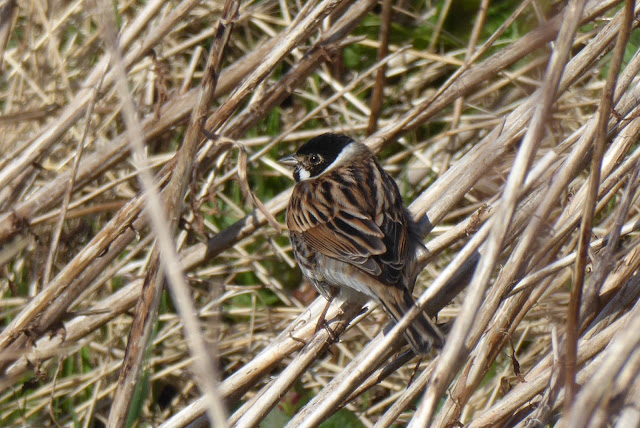 To be fair, I can't sing for toffee, either.