Waders and a lost auk

Note: This post features more Natural Highs and Lows together in one place than previously. There are photos of dead wildlife, whose deaths were most likely caused by cold weather and stormy conditions at sea, rather than directly at the hands of humans.

A sunny but blustery morning offered up an opportunity for some exercise and a game of Dodge the Showers, so a trip was taken to Deerness for a walk between Newark Bay and the Aikerskaill Road.

On part of the slipway at Newark, a couple of waders were gathered, a Purple Sandpiper and a Turnstone, giving the chance to compare their relative sizes to one another. 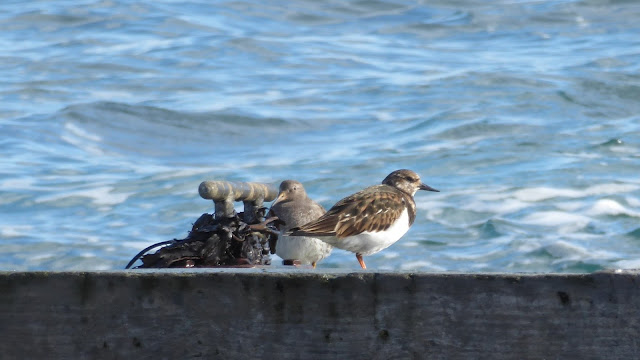 Above the strand line was a log which had been washed ashore. It was absolutely covered in Goose Barnacles, all slowly succumbing to no longer being submerged in the ocean. 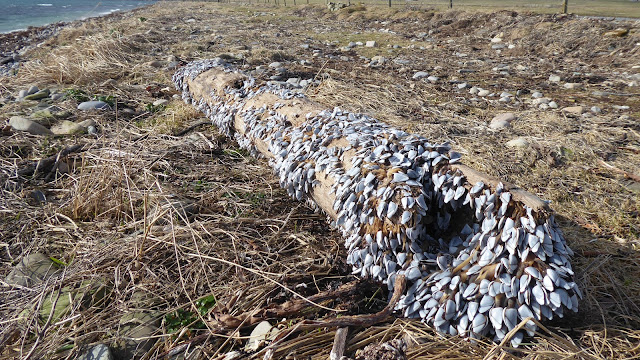 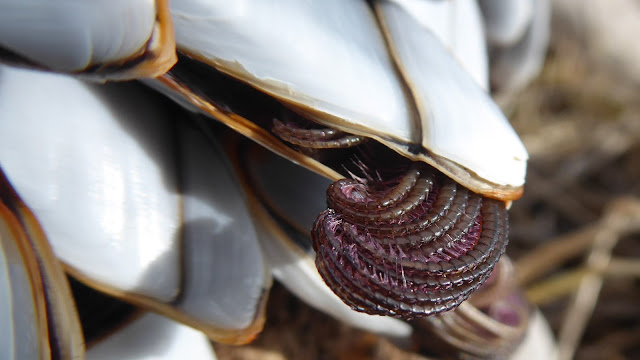 Also at Newark, are the remains of a boat hut which have been preserved as a place to sit and shelter from the weather. Its walls are decorated with some additional pieces of stone art. 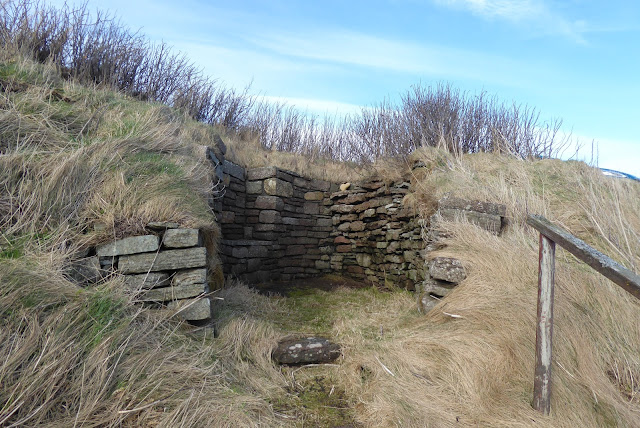 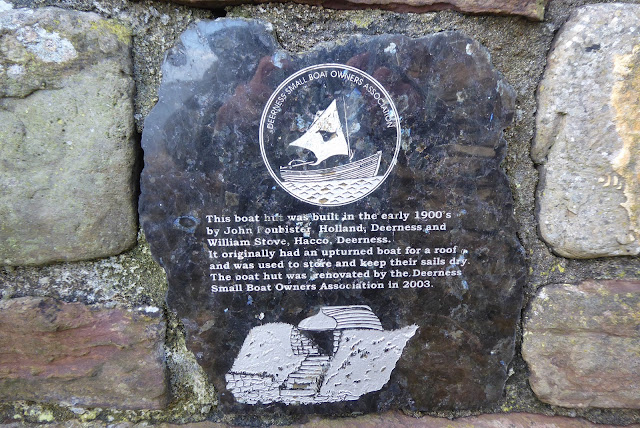 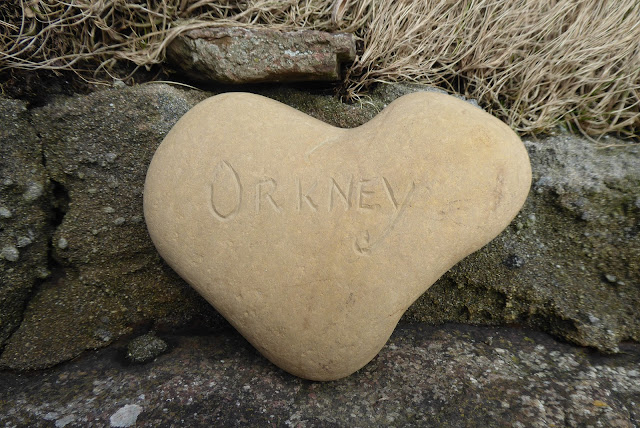 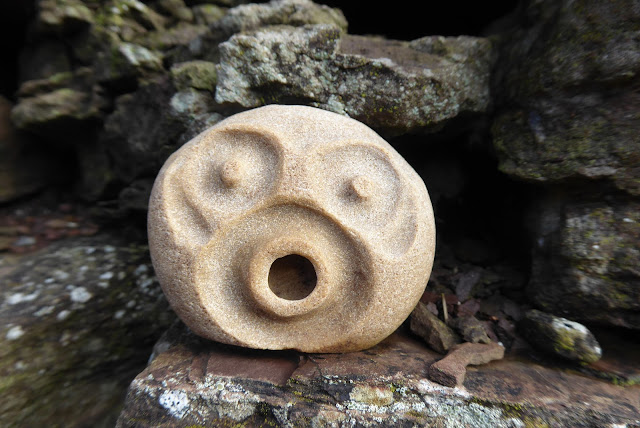 Walking east along the coast, several shoreside fields were flooded, providing foraging and roosting areas for ducks and waders: Shelduck, Wigeon, Teal, Mallard, Curlew, Oystercatcher, Redshank and Turnstone. The birds were wary, so it was nigh on impossible to approach close enough for decent photos. However, one pair of Teal were obliging, the sunlight adding to the spectacle of their gold, green and brown plumage. 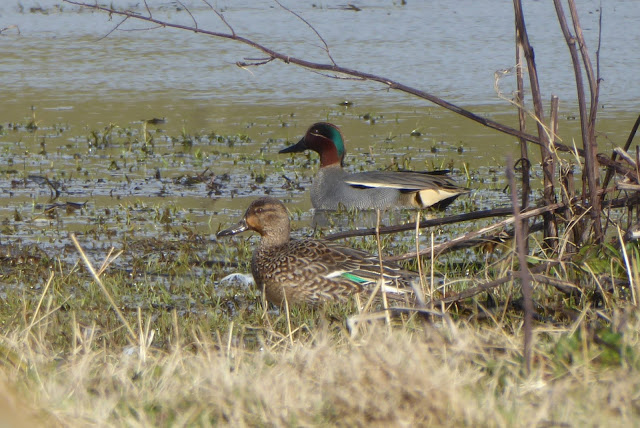 Across a stretch of water known as the Copinsay Pass, lies the island of (funnily enough) Copinsay, with its many skerries and holms. 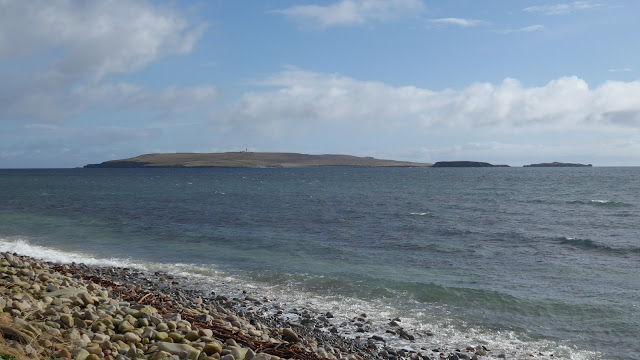 On one particular short section of beach was an area where many dead sea birds and mammals had been washed ashore. Every Winter there is natural mortality due to fierce storms and cold temperatures, and the nature of the tides and currents mean that some beaches gather more of this grizzly flotsam than others.
A Harbour Porpoise, half a dozen young Grey Seals and a similar quantity of auks were all found quite close together. 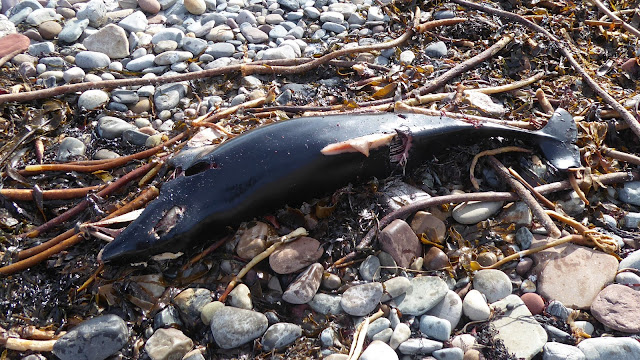 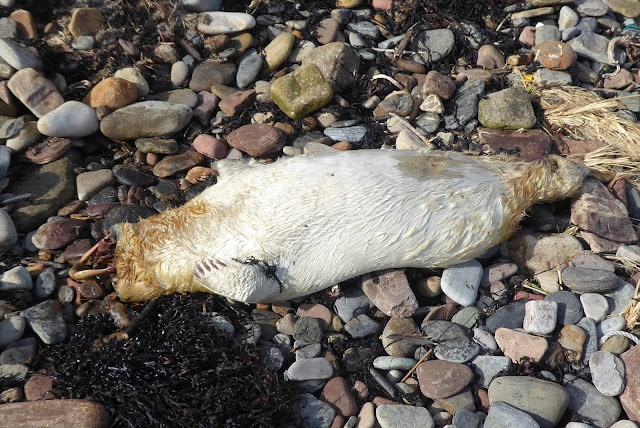 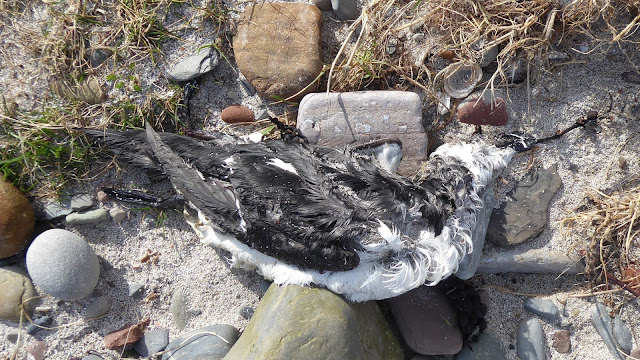 Because the sun was shining, there was a bit more warmth to the day, which had certainly brought out a hatch of Kelp Flies. A stiff breeze meant that airborne flies would ping off my ears, cheeks and nose, which isn't as bad as it sounds. Or at least not as bad as swallowing one. Rocks on the shore, wooden structures, and any plastic detritus (well, anything warmed by the sun) had a liberal covering of flies. 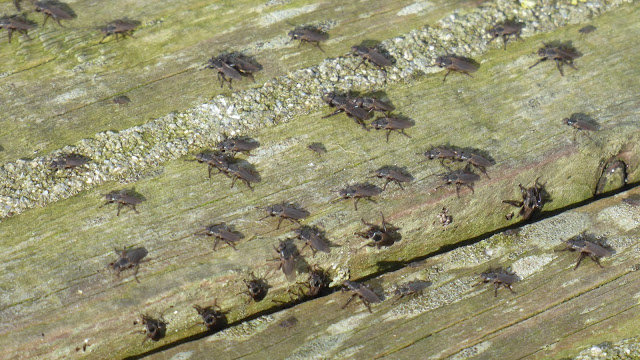 On the return journey, the wildfowl and waders were still wary, but this time they were moving towards me. Likely, this could only mean one thing. A raptor. Sure enough a Peregrine falcon swooped through the scene, on this occasion without being able to make a kill.
Back at Newark, a lone Ringed Plover searched the tide line for tasty morsels. I took the hint and headed home for lunch. 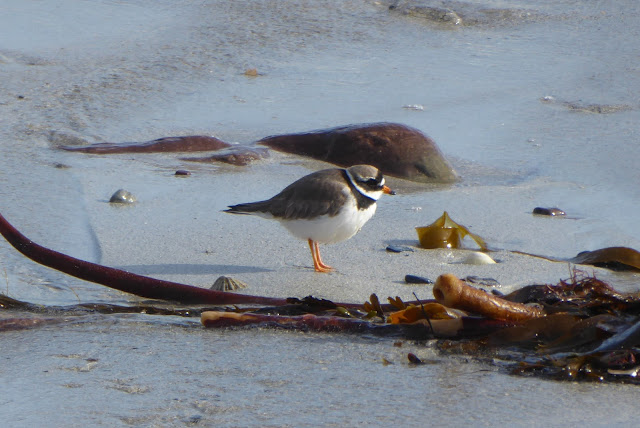