April 11, 2021
Most of the Easter weekend was lost to gales, snow and hail showers, with little in the way of wildlife watching to show for it. However, one jigsaw was completed and another started.
By mid week, things had improved a bit, in as much as the wind had eased off to "flippin' breezy" (technical meteorological term), although the wind chill still kept temperatures below freezing. One evening, whilst eating our evening meal, a Short-eared Owl made a brief visit to the rough grassland beyond our neighbour's garden, so apologies for this hastily-shot photo of a moving target taken through a filthy window. 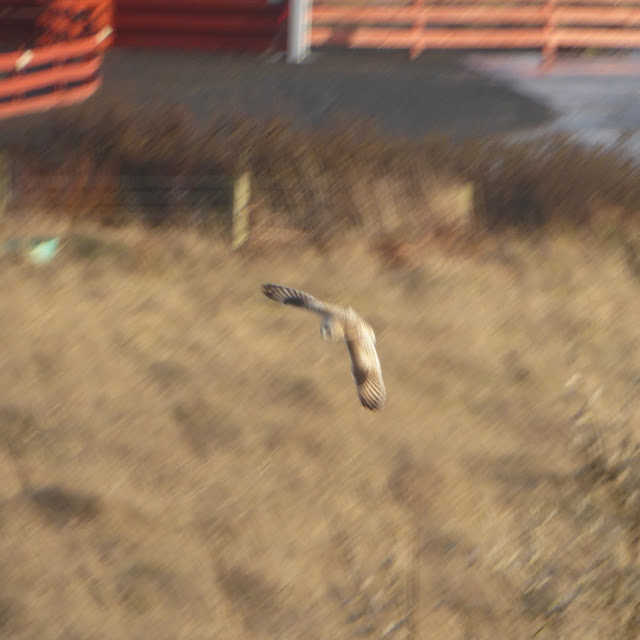 Today dawned with yet another covering of snow, but with the lightest winds for some while. The view across to the hills on island of Hoy highlighted the difference in altitude of the viewer and the view. 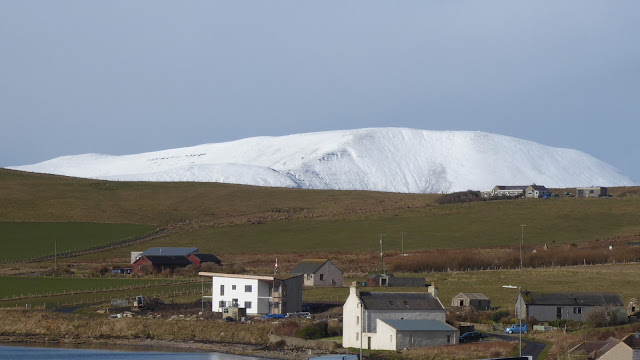 The sunny morning encouraged the local male Stonechat into song and he even let me approach a bit closer than normal for a photo. 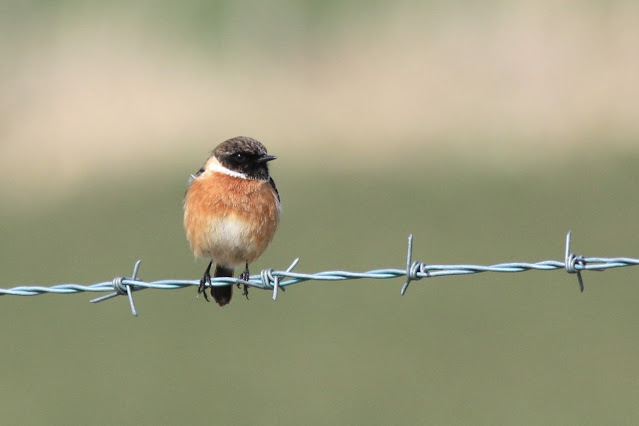 In the afternoon, there was a trip to Yesnaby on the west coast in the hope of seeing the year's first Bonxies (Great Skuas) and Wheatears. It was all rather quiet migrant-wise, but there were lots of waders and wagtails (like the Pied one below) to keep us entertained. 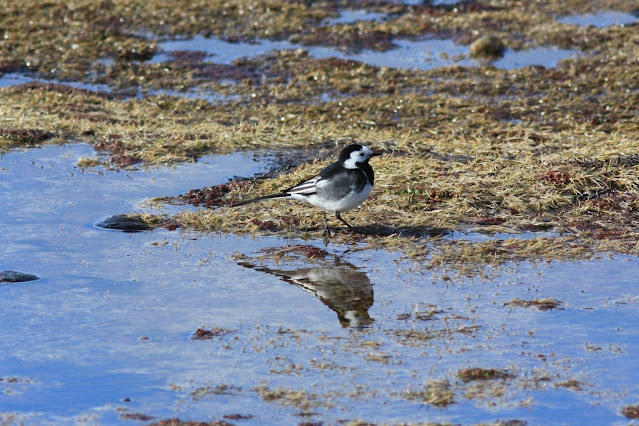 But the biggest excitement was reserved for a beetle... yes, really. Despite there still being a bit of snow on the clifftops, I managed  to find a couple of individuals of a very special beetle. This leaf beetle, Chrysolina latecincta, is only found at three sites in the UK, all in Scotland. Apart from this particular stretch of Orkney coastline, it is also found in a saltmarsh by Loch Etive in Argyll and Bute, and on Unst in Shetland. As far as we know, that's it for the UK, although there are a few records from the west coast of Europe from Norway to Spain. This was a lifer for me, as I had not previously seen the beetle in several years of looking. 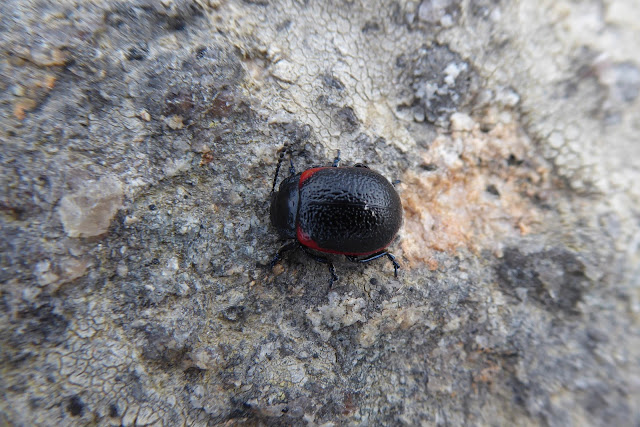 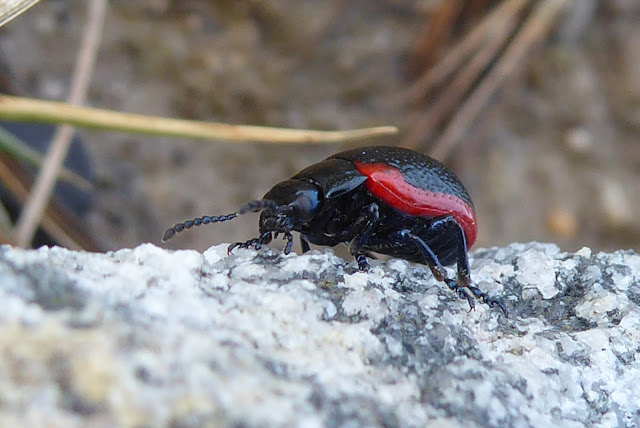 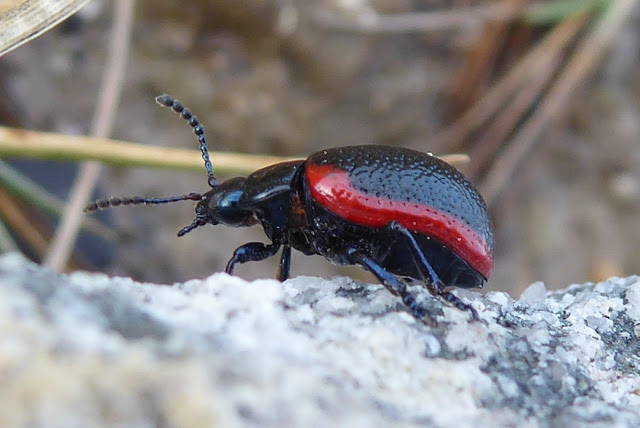 And, on the way back to the car, there was a brief view of a Wheatear.