Dragons and other flying stuff

Yesterday (Saturday) was a bit of a dragonfest. Not because my favourite order of insects are on the wing yet, at least not in Orkney, but because the BDS was hosting its Scottish conference 2021 online. Lots of interesting talks about rare species, extraordinary behaviour, habitat management and public engagement. All the while that I was indoors, staring at a computer screen, there were regular updates on my phone about another winged predator, as a White-tailed Eagle was being seen over moorland not far to the north. So as soon as the conference was over, a short drive was taken to Birsay Moors in the hope of seeing an eagle. En route, a flock of about a hundred Golden Plover flew across the road in front of the car, their jinking flight flashing the white and gold of their plumage as the birds turned one way and then the other.

Up on the moors, it was a struggle to find any birds. A couple of Ravens were keeping their wary eyes on us, a few Meadow Pipits appeared out of the heather and an occasional Greylag Goose flew overhead. There were no large raptors. A fluttering movement drew our eyes, as a large Emperor Moth struggled against the breeze, but it didn't settle for a photo.

Making our way up a gently sloping track, we came to the trig point of Mid Hill. I am quite partial to a trig point, truth be known. This one was a bit odd, and with erosion of peatlands fresh in my mind from the dragonfly conference, rather apt. Later research revealed that the trig point was built on June 24th 1960, so the subsequent 60 years have seen a fair bit of peat disappear. 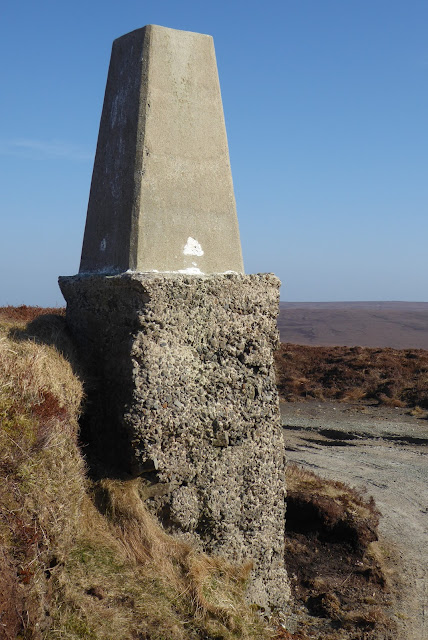 Retracing our eagle-less steps to the car, I had the fortune to spot a distant Sparrowhawk, and then I heard what I took to be a goose honking overhead. I was quickly disabused of this notion when it was pointed out that the call was actually that of a Red-throated Diver. My bad. 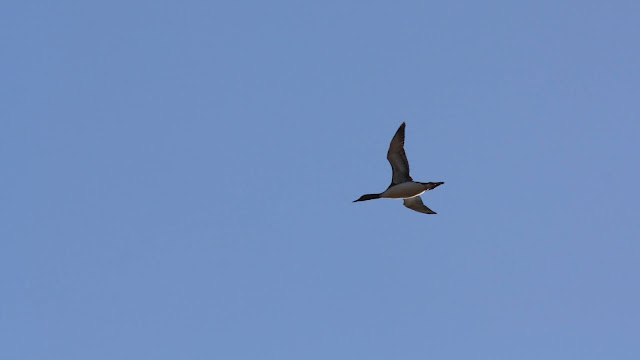 Today has been cooler and cloudier, which at least meant that there were lots of insects perched on the wall of the lee side of the house.

Still smarting from the lack of eagles, the more observant of us spotted a pair of smaller raptors above a nearby hill. Deploying 'Very Wrong Len' (remember him?), I was able to capture a couple of images which I think shows that this is a pair of Sparrowhawks. 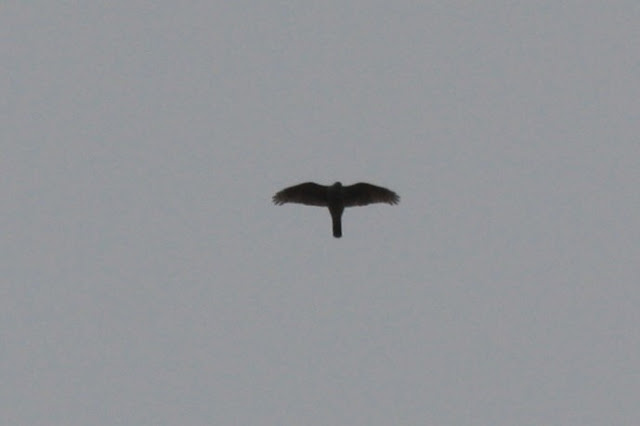 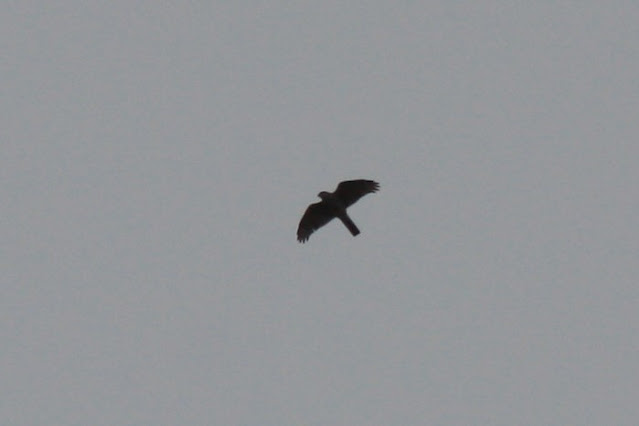