This is the southern end of the Gyre Wood in Orphir, a small area of woodland with a burn running through it, surrounded by farmland pasture and sandwiched between moorland and coast. If things turn out as planned, this post could be the first of a series from this location. 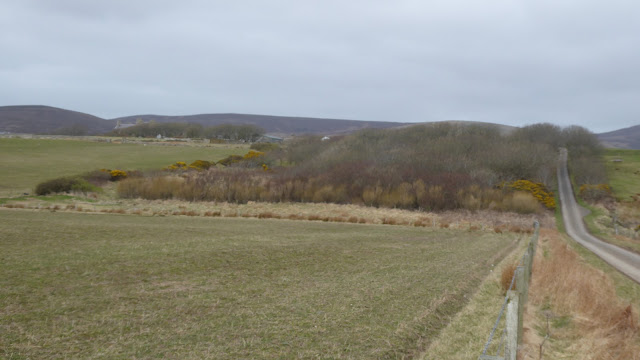 In early April, new growth is sprouting wherever it can. Here's a Pink Purslane roseate which is growing in the moss on a tree bough that leans out over the burn. 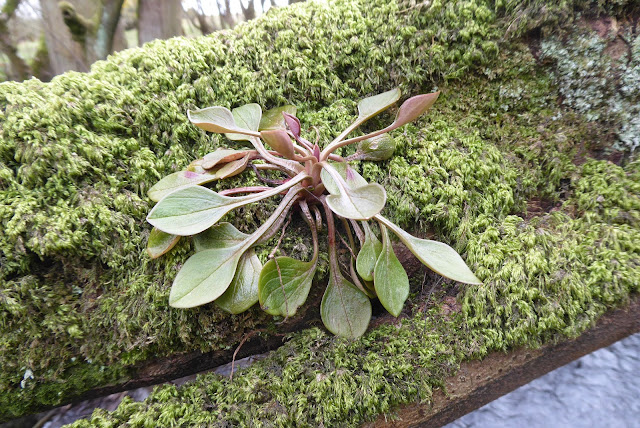 And there are swathes of Butterbur carpeting the woodland floor. 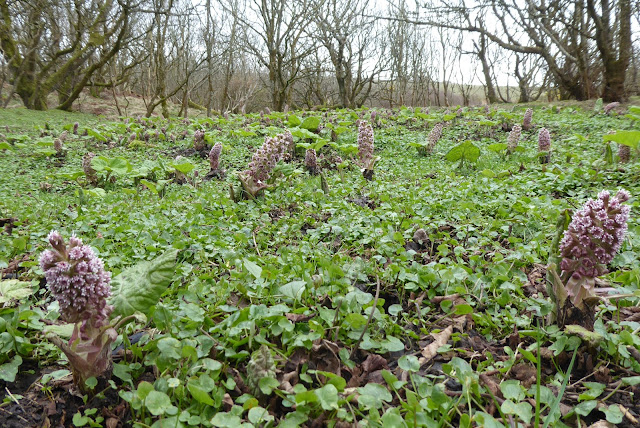 And to my surprise, there's also Dog's Mercury, usually an indicator of ancient woodland, so I do not know whether its presence is accidental or not. 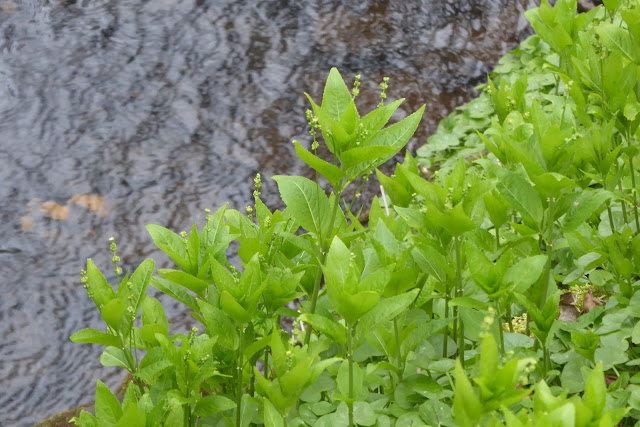 Meantime, the Butterbur is attracting a few hardy, early bumblebee queens, like this White-tailed Bumblebee. 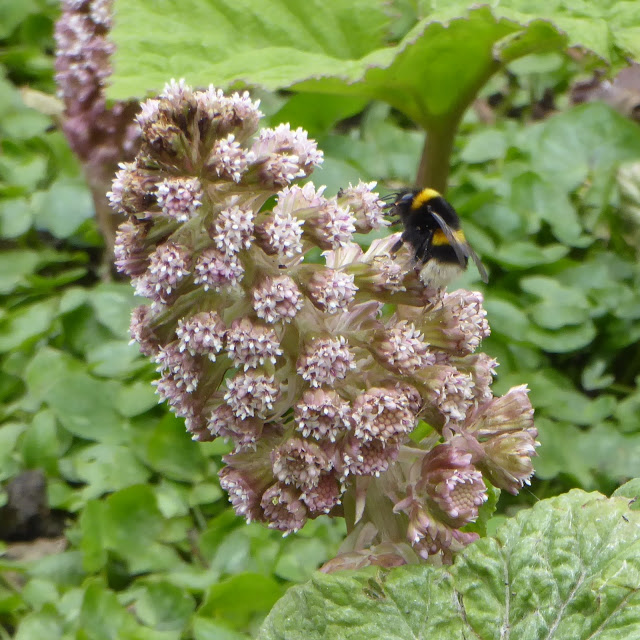 Blackbirds forage in the leaf litter, in search of tasty morsels. 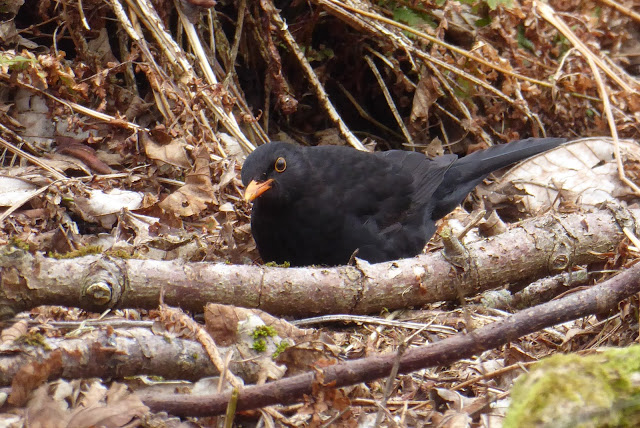 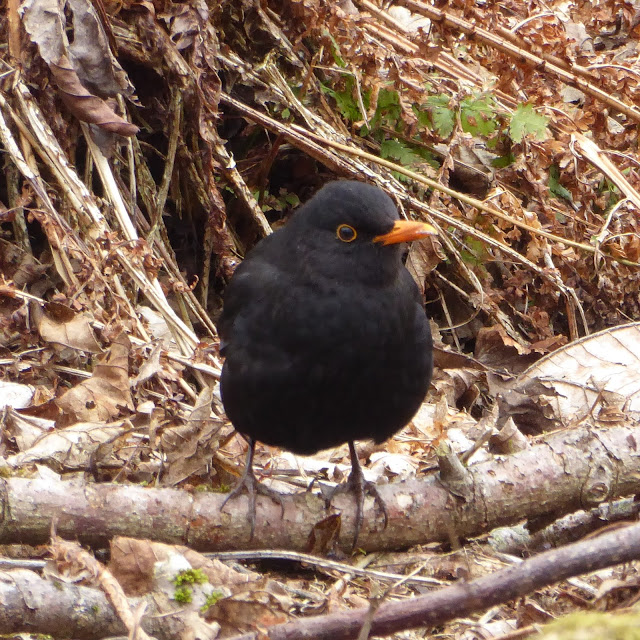 And another species of bumblebee, the Buff-tailed Bumblebee was also helping itself to the Butterbur's bounty. 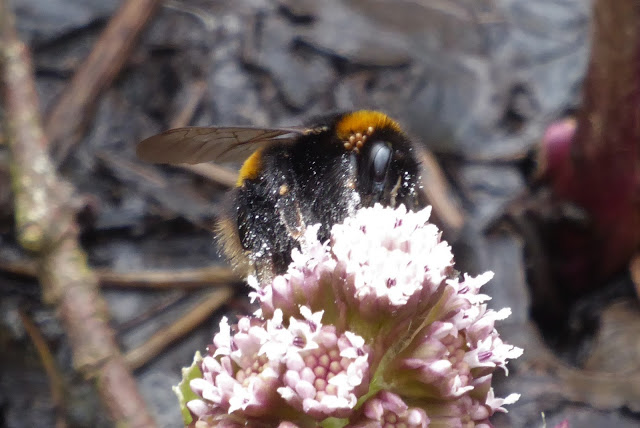 Finally, just in case you haven't had enough B's for one day, here's a bud (of a Sycamore, I think). 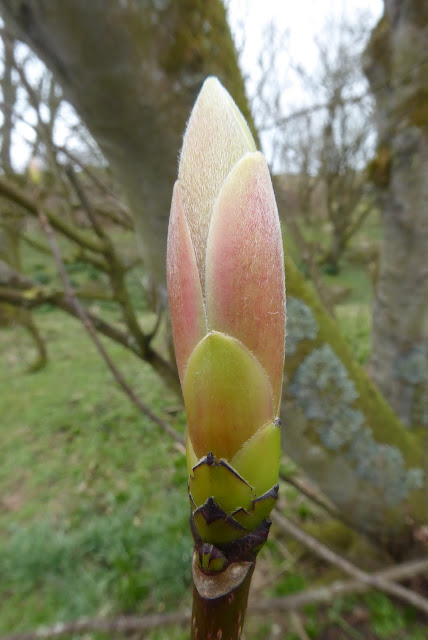