Don't worry, this isn't one of those ranty blogposts bemoaning the threat to wildlife from domestic pets.

The weather for the past wee while has been a mixture of sunshine and showers with a bitingly cold northerly breeze, so thermal clothing is still very much in order. After last weekend's year list shenanigans, this week was a bit of an eye opener.

Reports of a Great White Egret on the Loch of Sabiston prompted a swift perusal of the local map to see where the heck Sabiston was. After heading north through West Mainland, and finding a suitable place to safely park the car out of the way of farm traffic, we headed up a track which gave a view across the small loch. 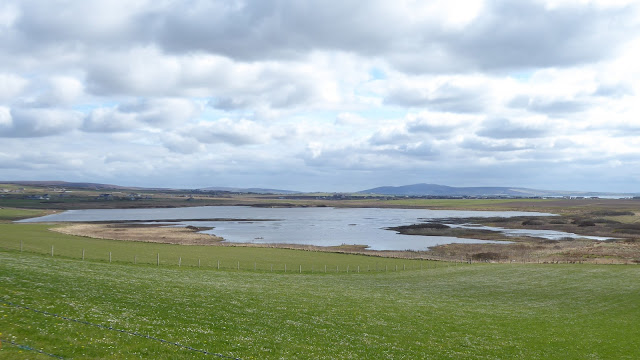 We were a long way away from the Egret, as predictably it was on the far shore, but I managed a photo of sorts. Honest, this isn't a swan! 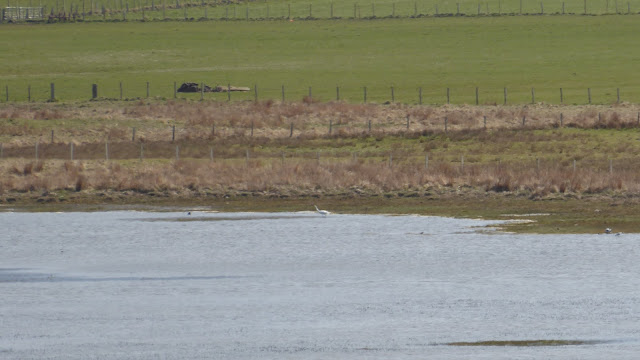 Whilst watching the Egret, another birder mentioned that there was a Common Crane in a ploughed field not very far away, so we thought we had better try to see that too. It wasn't in the field when we got there, but a scan of the area relocated the bird by the Loch of Banks. Again it was a long way away for a photo, but as this was a 'lifer' for me, I didn't care. 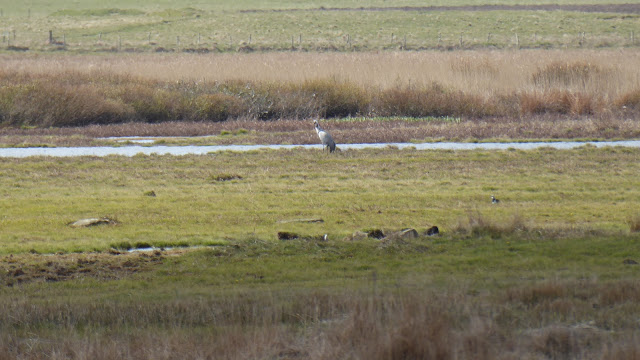 An evening walk along the Scapa Flow shore at Houton, in the relative shelter of some low cliffs, brought a few surprises. Just above the tide line at the base of the cliffs were several Garden Tiger Moth caterpillars, pretty much full grown at 5-6cm. 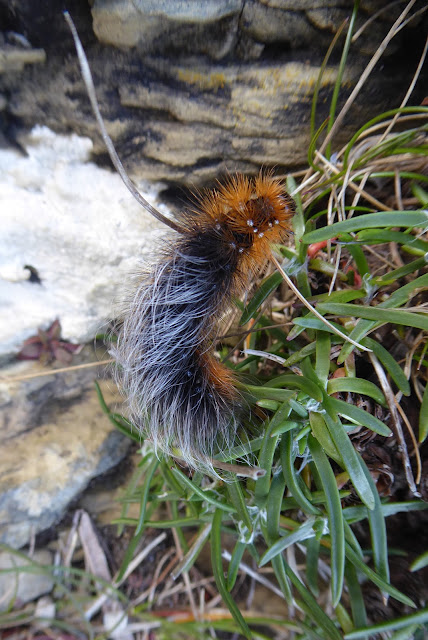 At the cliff edge, all along our route, there were quite a few Dog Violets. Finding a fresh specimen to photograph was difficult, as this close to the sea, the flowers take a battering from the elements. 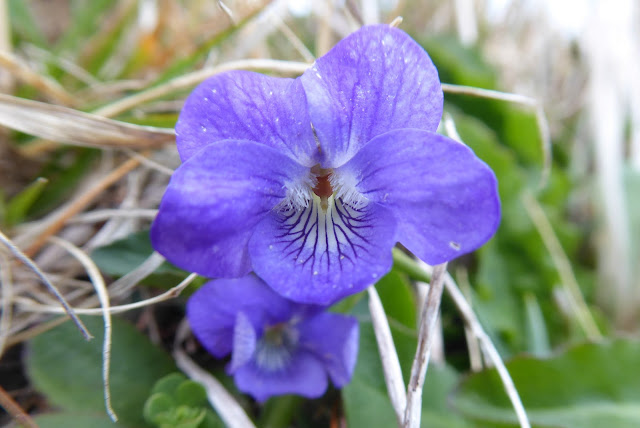 However, in absolute profusion along the cliff, and the stars of the walk, were many, many Primroses. Some of these flowers were very fresh, or at least less battered than the violets, having a bit of shelter from northerly winds. 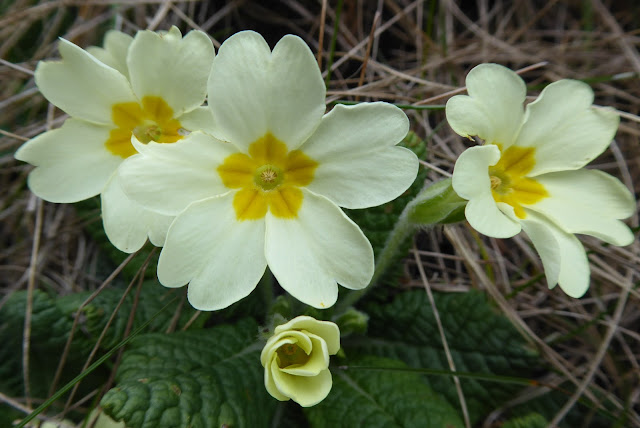 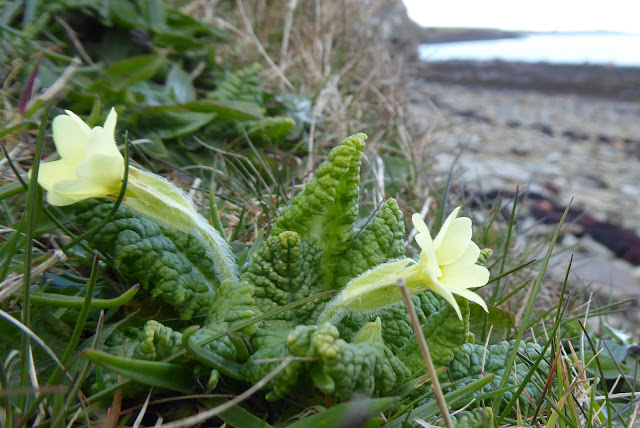 A work trip to Sanday meant a full day on the island due to the ferry timetable. With some time to spare waiting for the return boat, we managed to see 60 bird species, although not a single raptor. However, new for year was Kittiwake, with several of these elegant gulls being seen around the fish cages in the sound between Sanday and Eday. We managed to dodge most of the rain, but were caught out by one particularly vicious hail shower. On the trip back to Kirkwall, this Great Northern Diver, in Summer plumage, drifted by the ferry. No, I don't know why it has one foot out of the water either. 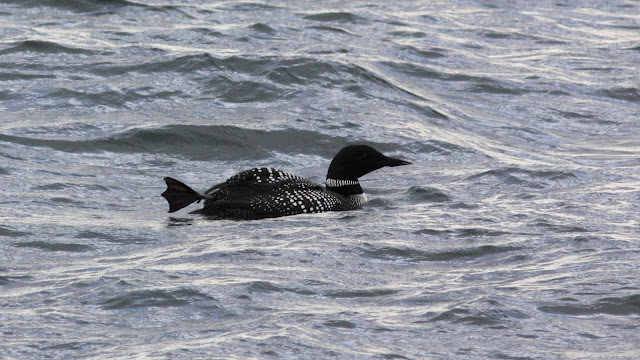 I didn't sleep very well so was up early, which was quite fortuitous as a pair of Redpolls were flitting about the willows in the garden. Narrowing down these birds to species is tricky, even for the experts, so I am going to be content to just call them 'Redpolls'. 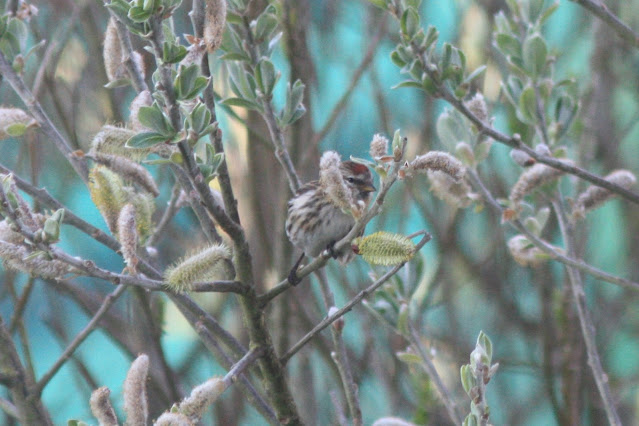 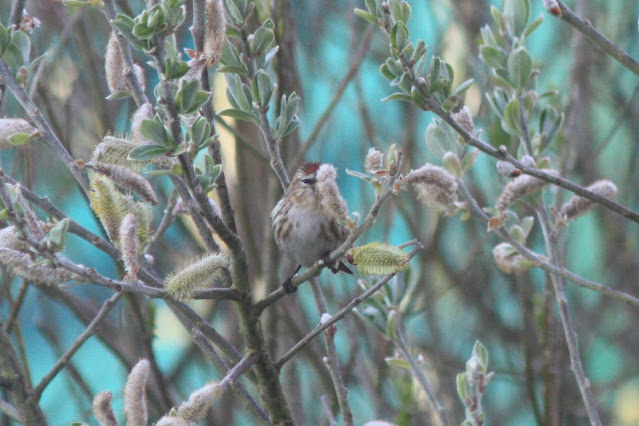 Later in the morning, another island work trip saw me back on Hoy. Again, with time to spare before the boat home, some wildlife watching was called for. We headed back to the north of the island to try for White-tailed Eagle once more, and this time were rewarded with a distant view of a bird soaring very high in the sky. Other highlights were spotting a perched Peregrine on a cliff face and this small caterpillar basking on a boardwalk. I think that it is the larva of a Northern Eggar Moth. 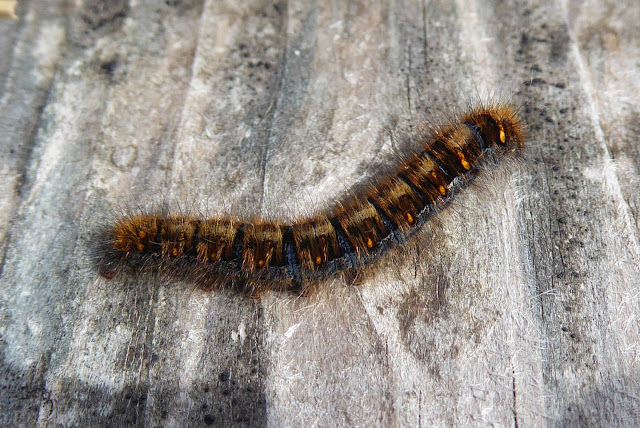 Just in case you think that all Orkney's archaeology is either Neolithic or First/Second World War, here's a shot of one of our Martello Towers (we have two of the three in Scotland). This one is at Crockness, near Lyness, and was built around 1814 to protect convoys from the threat of French or American raiders. 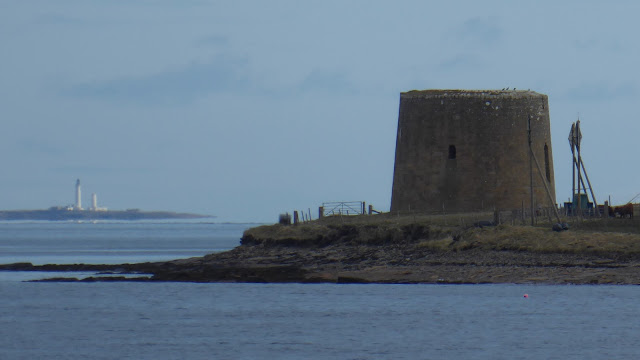